The Thing with Being Busy

Being busy doesn’t always mean that I’m getting things done. Or perhaps a kinder way to look at it is that I am getting things done and there are also lots of other things that I want to do. The reality is that there are choices to be made every moment of every day in deciding what to do now, next and later.

What gets in the way

As a result I’ve spent a lot of time reflecting on what gets in the way. I’ve been trying to understand if it’s the way I’m approaching creating my to-do lists or how I prioritize my time? Is it a skill I’m lacking, and if so, what skill?

Getting curious about what’s getting in the way can help unearth where to start to make a change. Because if it’s months later, like this email to you, then clearly the current course of action or way of trying to solve the problem isn’t working.

Like that quote assigned to Einstein that says “The definition of insanity is doing the same thing over and over and expecting a different result.”

So if the result of ‘write newsletter’ as a task on my to-do list for the past five months is that it’s taken five months to get here, then clearly something needs to change, or I’m just insane. And let’s not rule that out just yet because as Steve Jobs has been quoted from this Apple Ad from 1997 “the people who are crazy enough to think they can change the world, are the ones who do.” And I really do want to change the financial wellbeing of as many Change-Makers in the world as I can in my Lifetime, and believe I can. So maybe I am crazy? 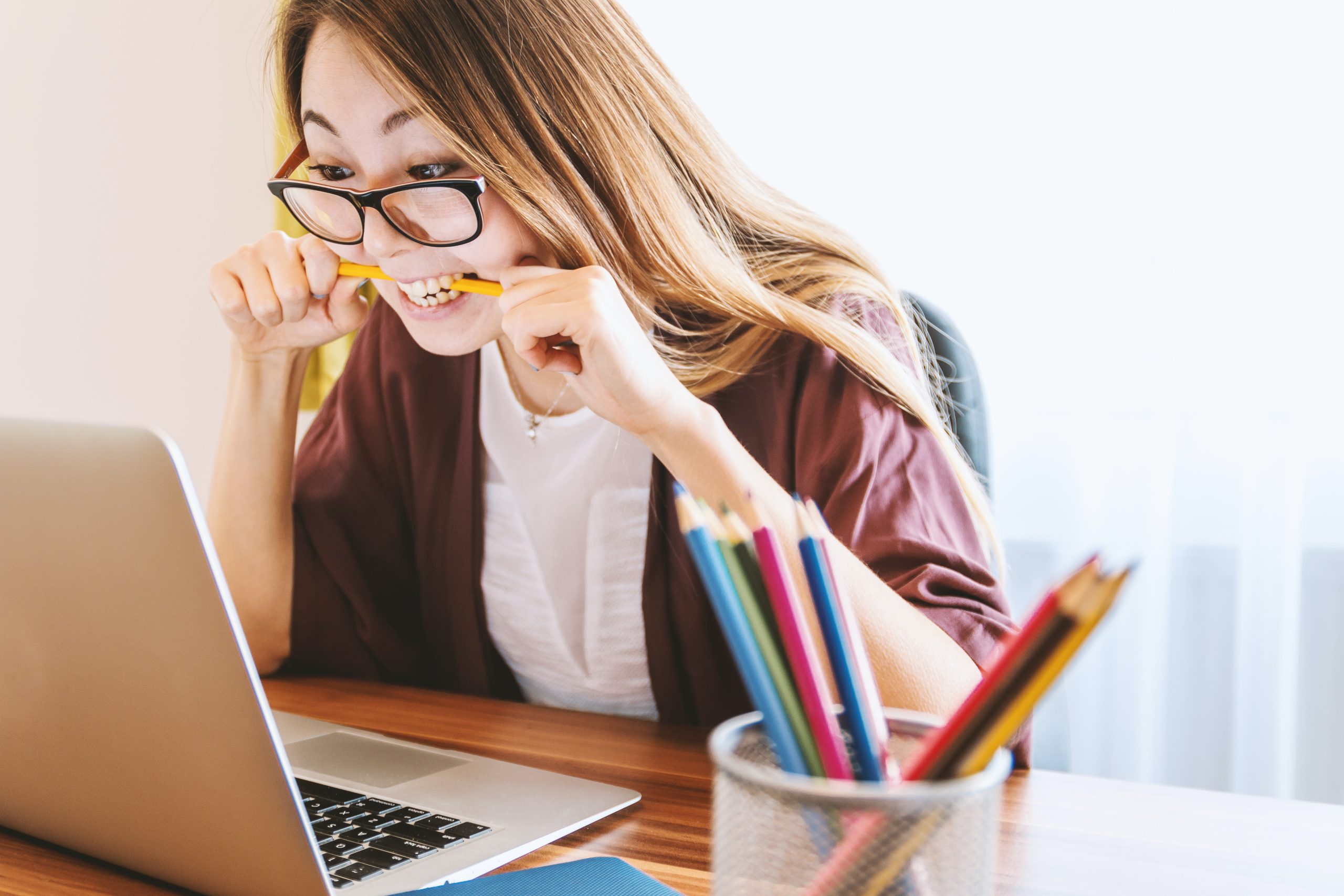 This week a memory surfaced on my Facebook timeline (yup – I’m still on it. You can find me here -> Mary J Fourie) that reminded me that a year ago I made a habit change to my morning routine.

I recognized that I was eating my morning oats out of a pot in order to save time, wash less dishes and a multitude of other excuses which essentially boiled down to “You’re not worth the effort to dirty a dish for your morning oats, Mary J”. What a fabulous message to be unconsciously sending myself! So I decided to change.

How did I Change?

The truth is that it’s not easy.
Every single morning I have this little voice in my head that goes “ugh, just eat it out of the pot”. And every single morning I pause and consciously tell that voice “No, I’m eating out of a bowl.”
It took 36 years to create the first habit. It’s been one year of the new habit so it might still take some more time for that voice in my head to disappear altogether.
Now that I’ve changed that habit it’s important to acknowledge it and celebrate it! This helps me keep motivated and remind myself that I have the skills I need to change any habit. 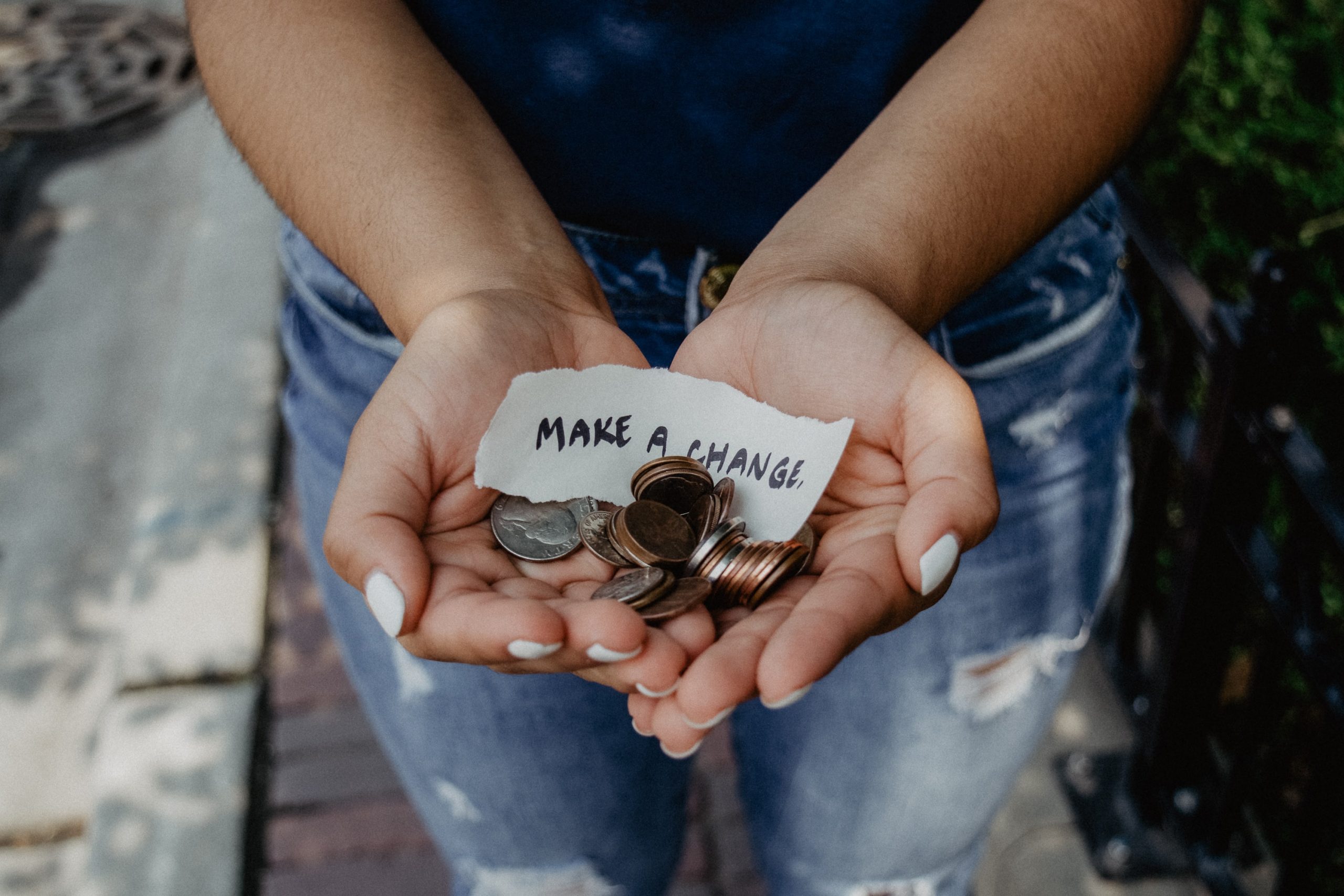 This same process can be applied to other areas of our LIFE, including our habits with money.

Speaking of creating new healthy habits, it’s now time for me to focus on the habit of writing this newsletter and communicating with you more regularly.

What new habit will you focus on creating?

This piece of writing first appeared in our “The Freedom Files Vol 2.2” Newsletter sent on 9th May 2022. You can find our newsletter archive here and sign up to it using the form below. 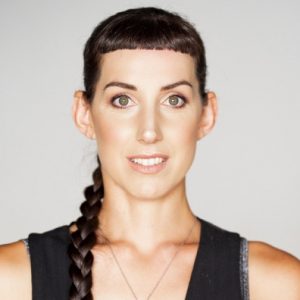 Mary J exists to help Change-Makers, like you, become the hero(ine)'s of your own money story so you can live your purpose, make millions and experience abundance and financial freedom. Led by her values of freedom created through connection, contribution and response-ability MJ truly believes that it is possible to live a purposeful and meaningful Life AND be financially free.

Mary J exists to help Change-Makers, like you, become the hero(ine)'s of your own money story so you can live your purpose, make millions and experience abundance and financial freedom. Led by her values of freedom created through connection, contribution and response-ability MJ truly believes that it is possible to live a purposeful and meaningful Life AND be financially free.
Categories: Our Life Moments, The Change-Makers
Tags: Connection, Contribution, Financial Wellbeing, Life Coaching, Mindful Moments, Newsletter, Values-Led Life 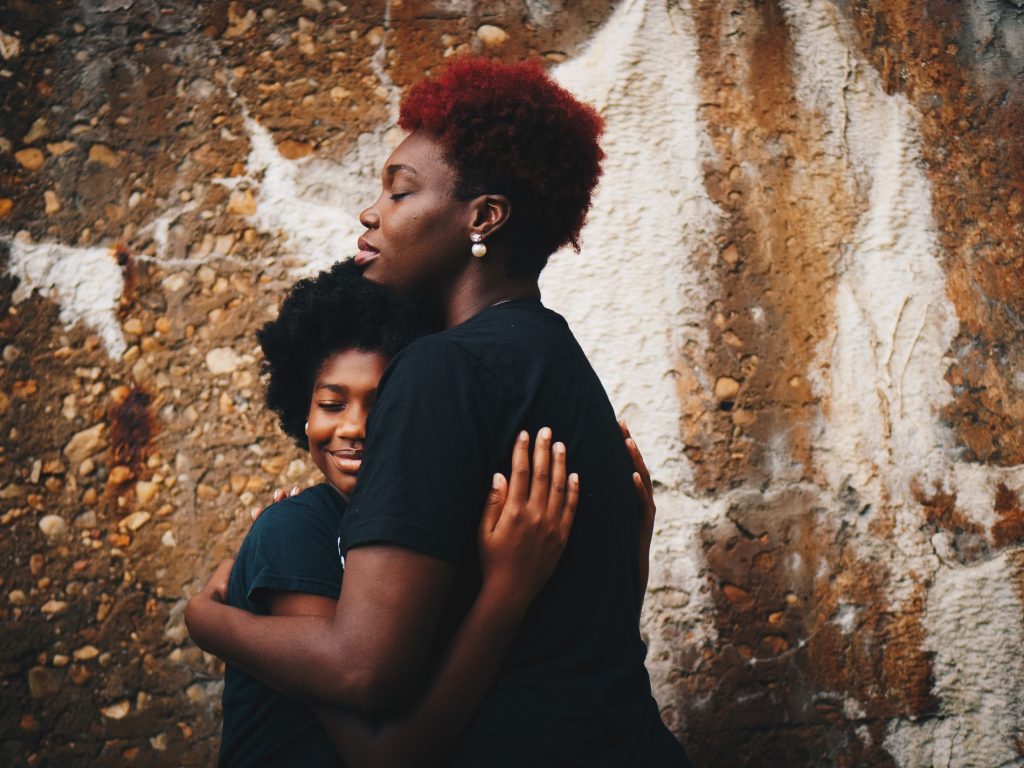 We believe that we, and you, and every South African, have the right to be mentally, emotionally, spiritually, physically and financially free. We believe in nurturing connection with ourselves, each other, our community and a higher power. We believe in contributing something of value that will change the lives of other South African’s and, as a result, the world in some way.. 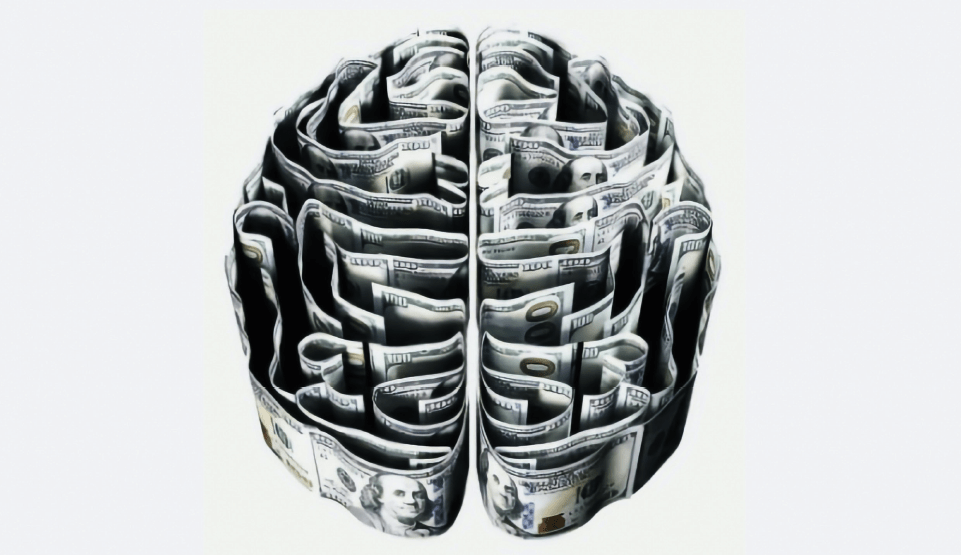 Money is something that we are in a relationship with. For many, especially during the current economic climate, financial problems are stressful and can often arise unexpectedly, causing mental health issues. These mental health issues can then have a huge effect on how people behave with their money, potentially creating a vicious cycle. Financial planners now see the value in upskilling themselves to be better at working with the psychological aspect of money and not just the numbers. 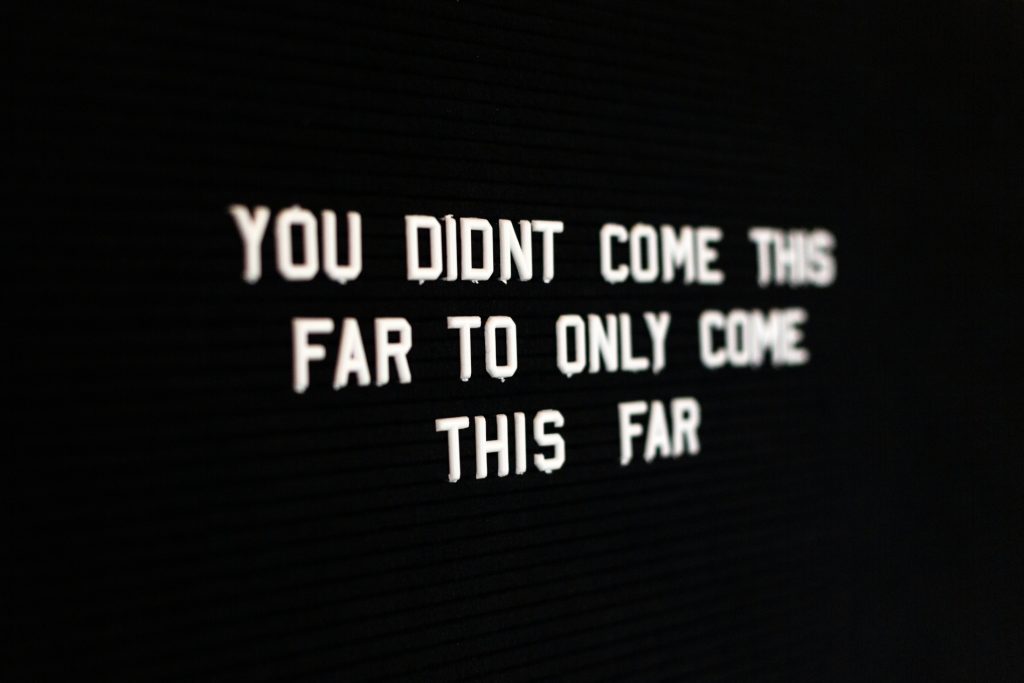 It’s the first of January 2021, a new year, a fresh start and time for the Discovery Vitality Points tracker to reset to zero. “That’s ok,” I think as I log onto the website and start to plan and book my Vitality Health Checks and Fitness Test. “I did it last year, I’m going to do it again this year. I’ll start now and… 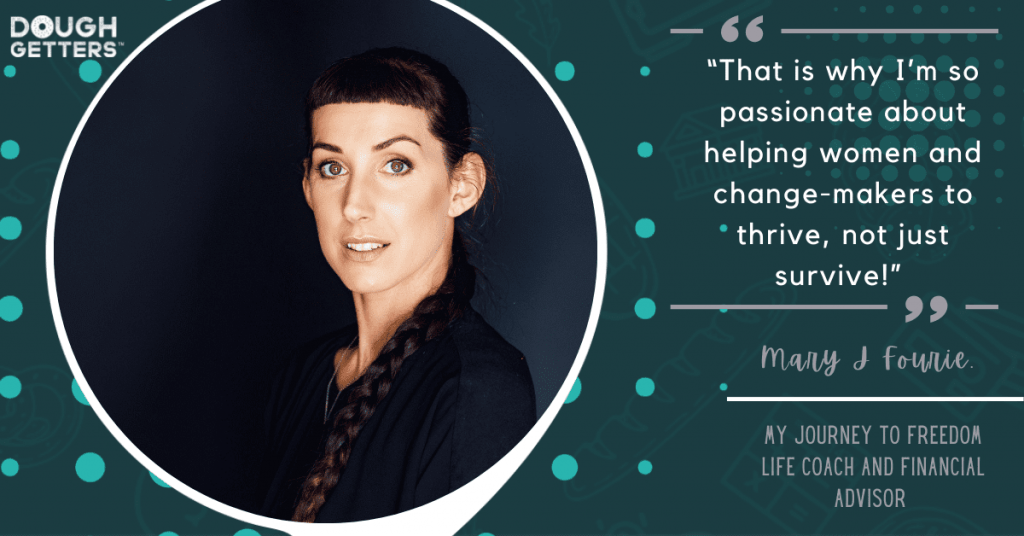 Mary J Fourie’s father passed away when she was very young. There was no life insurance in place. This left her mother to work exceptionally hard to look after both her and her brother. Mary believes her mom was completely dis-empowered in that situation because her parents had done no financial planning. “That is why I’m so passionate about helping women and change-makers to thrive, not just survive!” She says. “That’s why I like to help people on their journey to financial freedom.” 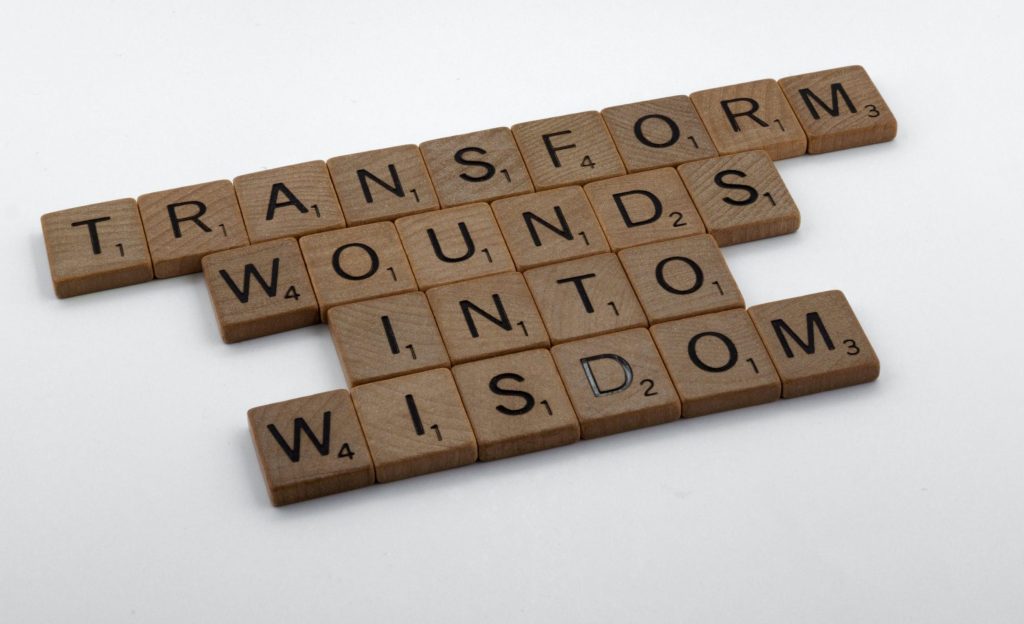 What do you get when you mix a human being with a heart for service and a huge desire for love, acceptance and affirmation, with…

This website uses cookies to improve your experience while you navigate through the website. Out of these, the cookies that are categorized as necessary are stored on your browser as they are essential for the working of basic functionalities of the website. We also use third-party cookies that help us analyze and understand how you use this website. These cookies will be stored in your browser only with your consent. You also have the option to opt-out of these cookies. But opting out of some of these cookies may affect your browsing experience.
Necessary Always Enabled
Necessary cookies are absolutely essential for the website to function properly. This category only includes cookies that ensures basic functionalities and security features of the website. These cookies do not store any personal information.
Non-necessary
Any cookies that may not be particularly necessary for the website to function and is used specifically to collect user personal data via analytics, ads, other embedded contents are termed as non-necessary cookies. It is mandatory to procure user consent prior to running these cookies on your website.
SAVE & ACCEPT

Please confirm you want to block this member.

You will no longer be able to:

Please note: This action will also remove this member from your connections and send a report to the site admin. Please allow a few minutes for this process to complete.

You have already reported this .
Clear Clear All